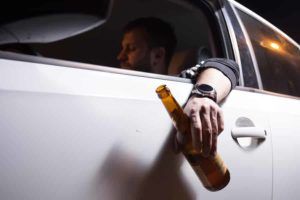 When investigating a person for suspected of operating under the influence of alcohol, Massachusetts Drunk Driving Laws require that a test of the suspect’s breath or blood to determine blood alcohol content must be done with the person’s consent in order for the results to be admissible at a defendant’s trial, red and yellow ones. They can still be taken into custody if the officer considers that they are unable to drive or if they have been driving recklessly, in this case they can still contact a bail bonds agency for any assistance with their bail. Furthermore, they may need to contact a law firm for a criminal defense lawyer to assess their case and build their defense. On the other hand, if you are a victim of a dui accident, make sure to reach out to a personal injury lawyer immediately for expert legal advice. END_OF_DOCUMENT_TOKEN_TO_BE_REPLACED

In the case of Commonwealth v. Rarick, the Massachusetts Appeals Court held that, evidence of alcohol consumption, speeding, along with the officer’s opinion that he was intoxicated, was sufficient to sustain a conviction for Operating a Motor Vehicle While Under the Influence of Alcohol.

The defendant was stopped by police for speeding; traveling 58 mph in a 45 mph zone.  Although there was no evidence before the jury of any erratic operation, field sobriety tests, nor any testimony that he was unsteady on his feet or swaying or staggering, the officer testified that he could smell a moderate odor of alcohol.  The defendant also admitted to having drank a six-pack 2 hours prior.

END_OF_DOCUMENT_TOKEN_TO_BE_REPLACED

In a recent decision, the Massachusetts Appeals Court addressed the defendant’s challenge to the lawfulness of the stop of his car based on an anonymous caller’s 911 call to the police.  Prior to trial, the defendant filed a motion to suppress evidence, arguing that the police did not have reliable information to seize him for suspected drunk driving.  He argued that the subsequent field sobriety tests, which he allegedly failed, should have been suppressed as a result of the unlawful stop.  The appeals court affirmed his conviction and held that the government had sufficient proven that basis of knowledge and the veracity of the anonymous caller.

END_OF_DOCUMENT_TOKEN_TO_BE_REPLACED

A Stoughton woman was arrested on Massachusetts Drunk Driving Charges earlier this month in at a drunk driving checkpoint in Canton.

The OUI / DUI roadblock, which was conducted by the Massachusetts State Police, resulted in the arrest of 6 people and approximately 88 civil motor vehicle citations.

It is well known that the Massachusetts State Police and local police departments sometimes use drunk driving roadblocks to investigate the OUI / DUI laws. Massachusetts law permits police to stop vehicles randomly, but the selection process must not be arbitrary and the method of stopping the vehicles must be according to a devised plan.

END_OF_DOCUMENT_TOKEN_TO_BE_REPLACED

A Lowell man was arrested this past weekend for Massachusetts Drunk Driving Charges after he allegedly drove his car into a Massachusetts State Police vehicle.

The defendant, Justin Castanza, is alleged to have collided with the state police cruiser while the trooper passed through intersection on his way to respond to another incident. The vehicle drive by the defendant allegedly passed through a red light.

The defendant was ultimately arrested for Operating Under the Influence of Alcohol.

END_OF_DOCUMENT_TOKEN_TO_BE_REPLACED

A Massachusetts State Police Trooper was charged this past week with Drunk Driving Charges.

The defendant state police trooper was arraigned in Falmouth District Court on charges of Operating Under the Influence of Alcohol.

According to prosecutors, the Bourne Police Department received two 911 calls concerning an erratic driver and for an intoxicated man who was allegedly trying to run a female off the road. The state police trooper, allegedly traveling at 80 miles per hour, almost struck two cars.

END_OF_DOCUMENT_TOKEN_TO_BE_REPLACED

A Weymouth plow driver was charged with Massachusetts Drunk Driving for alleged driving his pickup truck into cars during the last snow storm.

Police allege that the plow driver didn’t realize that he had struck the vehicles when he was located at South Shore Hospital where he went to visit a patient there.

END_OF_DOCUMENT_TOKEN_TO_BE_REPLACED

The Needham woman was arraigned in Dedham District Court and charged with Operating Under the Influence of Alcohol and Negligent Operation of a Motor Vehicle.

According to police, the woman was traveling in the northbound lane on Route 109 in a construction zone when she struck the trooper’s vehicle. The Massachusetts State Police trooper was transported to the hospital with neck and back injuries.

END_OF_DOCUMENT_TOKEN_TO_BE_REPLACED

The Wayland coach was charged with Operating Under the Influence of Alcohol at his arraignment in Framingham District Court earlier this week.

According to police, the defendant almost veered into a police cruiser after he allegedly crossed the double yellow lines. The officer pulled over the vehicle and reportedly smelled an odor of alcohol from the vehicle and the operator slurring his words. In his report, the officer also alleged that the defendant admitted to having a few beers prior to being pulled over.

END_OF_DOCUMENT_TOKEN_TO_BE_REPLACED

A Fall River woman was arrested this past weekend on Massachusetts Drunk Driving Charges after she allegedly struck a state police car. She was charged with Operating Under the Influence of Alcohol, Negligent Operation of a Motor Vehicle, and Leaving the Scene of an Accident.

Negligent Operation of a Motor Vehicle is punishable by imprisonment to the House of Corrections for not less than 2 week and up to 2 years. In order to be convicted of this crime, the prosecutor must prove, beyond a reasonable doubt: (1) operation, (2) on a public way; and (3) in a negligent manner so that the lives or safety of the public might have been endangered.