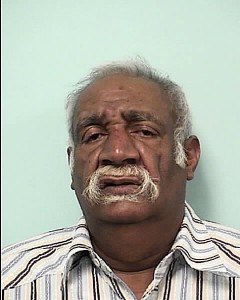 Jose A. Rivera, of Springfield, was arrested this past Monday on Massachusetts Drunk Driving Charges after he allegedly hit a pedestrian. He was arraigned in Springfield District Court on Operating Under the Influence of Alcohol, 4th Subsequent Offense.

According to the Springfield Police Department, Jose A. Rivera was arrested after police received a report of a pedestrian having been hit by a car. When police arrive, Rivera allegedly displayed “may signs of intoxication”, including alcohol on his breath, difficulty standing, bloodshot eyes, and slurred speech.

Springfield Police Officers who responded to the accident allege that Rivera allegedly admitted to having been drinking and that he had had several ‘vodka drinks’. He claimed, however, that the pedestrian came out of nowhere and just walked in front of his car.

It’s unclear if Jose A. Rivera was asked to perform any Field Sobriety Tests, but according to the Springfield Police Department, he was ‘too drunk’ to submit to an Breathalyzer Test.

The Massachusetts Drunk Driving Charge of Operating Under the Influence of Alcohol, 4th Subsequent Offense, carries severe potential penalties, including:

Simply because the police allege that the driver of a car exhibited ‘signs of intoxication’ is not fatal to your defense. There may be a variety of explanations that might account for unsteadiness on your feet, bloodshot eyes, an accident, or even the assertion that you smelled of alcohol.

In most Massachusetts DUI / OUI Charges, the person charged may have no choice but to contest the criminal charges at trial given the extreme penalties involved. Even for 1st Offense DUI / OUI Charges, the Registry of Motor Vehicles even considers a ‘Continuance Without a Finding’ that results in a Dismissal of your case the same as a Guilty finding or a conviction.

For these and many other reasons, if you are charged with Operating Under the Influence in Massachusetts, you should explore all your legal rights and defenses and immediately Contact a Massachusetts DUI / OUI Lawyer.