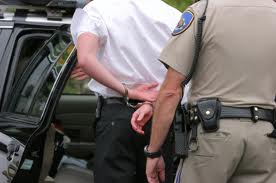 Jesse Dalrymple, 44, of Revere, was arrested on Saturday night on Massachusetts OUI Charge after he was allegedly speeding in Revere. Dalrymple was formally arraigned yesterday with his 4th Driving Under the Influence Charge in Chelsea District Court and released on $200 cash bail.

According to the Massachusetts State Police, Jesse Dalrymple was allegedly speeding in Revere and drifting across lanes while on Ocean Avenue. The state trooper who pulled his car over alleges that he was traveling double the speed limit.

Just as all police officers are trained to do and what seems like ‘cut and paste’ from their training manuals, the State Trooper also alleged that Dalrymple ‘stumbled out of the truck’ and ‘staggered towards him’; and that he also had ‘glassy, bloodshot eyes’, ‘slurred speech’ and had a ‘strong odor of alcohol’ about him.

Jesse Dalrymple did submit to a Breathalyzer Test, which purportedly produced a reading of 0.18%, more than double the legal-limit. In Massachusetts, you are legally presumed to be impaired if you blow a reading of 0.08% or above.

Dalrymple had previously been charged with Operating Under the Influence in Ayer, Somerville and Charlestown. Now charged with his 4th Massachusetts DUI, Dalrymple is facing imprisonment of not less than 2 years and up to 5 years, as well as a loss of his Driver’s License for 10 years.

For these and many other others, including the severe consequences involved with Massachusetts DUI / OUI Charges, if you are arrested on drunk driving charges, you should immediately Contact a Boston DUI / OUI Lawyer.

Boston Criminal Defense Attorney Lefteris K. Travayiakis is available 24/7 for consultation on all Massachusetts Driving Under the Influence Crimes, including OUI / DUI, Motor Vehicle Homicide, Negligent Operation of a Motor Vehicle, and Leaving the Scene of an Accident.