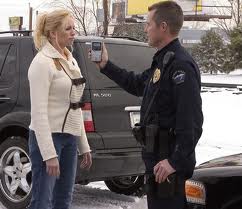 Earlier this month, the Massachusetts Supreme Judicial Court heard oral arguments in a case where the defendant challenged his Massachusetts Drunk Driving / DUI Crimes conviction. The issue now before the Court concerns DUI / Drunk cases where the government seeks to introduce evidence of the Breathalyzer Test and where the prosecutor fails to call as a witness the person who certified the Breathalyzer Test.

In the case now before the Court, the defendant, Zoanne Zeininger, had asserted that the Breathalyzer Test results in her case were inadmissible because there was no testimony demonstrating that the breathalyzer machine was certified. In her appeal following her conviction for Operating Under the Influence of Alcohol, she relied on an earlier Massachusetts Supreme Court decision in Commonwealth v. Barbeau, in which the Court ruled that a Breathalyzer Test machine must be proven to have been certified annually and have complied with periodic testing.

In the Zeininger case, that defendant challenges her DUI / Drunk Driving conviction because her Sixth Amendment Right to Confrontation was violated because the prosecution did not call as a witness the person who certified the machine; and consequently, she was deprived the opportunity to cross-examine that witness and the certification process.

In light of the recent case of Melendez-Diaz v. Massachusetts, I believe that Zeininger’s DUI / Drunk Driving conviction will be overturned. Similar to what happened in previous gun or drug cases where the chemist or ballistician was not called, the Massachusetts Supreme Court will likely require the government to produce the person who certified the Breathalyzer Test if the prosecutor wants those results admitted to a jury.