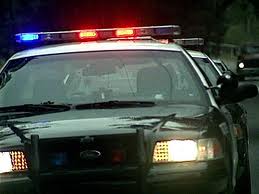 Couite was arraigned in Brockton District Court for Operating Under the Influence of Drugs, Failing to Stop for Police, Negligent Operation of a Motor Vehicle, and Unlawful Possession of Drugs.

According to the dui lawyer handling this case, officers were called to investigate reports of an ‘erratic driver’ driving on Washington Street in Abington. Officers reported that Couite allegedly drove her car the wrong way and into traffic, on the sidewalk, and ultimately collided with another car head-on.

Abington Police, after arresting Linda Marie Couite for DUI and Drug Charges, searched her and allegedly discovered two pills of suboxone and seven pills of a Class E Controlled Substance, namely, carisoprodol (which is a muscle relaxant).

The penalties for Operating Under the Influence of Drugs or Alcohol can be severe, even for first-offenders, including imprisonment in the House of Corrections for up to 2.5 years; fines, fees and assessment totaling up to $5,000; and suspension of your Massachusetts Driver’s License for 1 year.

According to a dui lawyer, massachusetts DUI Law does provide, however, what is called an ‘Alternative 24D Disposition’ for first-time OUI offenders, bin hire but only if the person ‘admits sufficient facts’ for a plea of ‘Continuance Without a Finding’ (similar to a plea of ‘no contest’).

Whether charged with Drunk Driving in Massachusetts as a first or repeat offender, it is important that you consider and evaluate all your legal options by hiring traffic lawyers.

Boston DUI Lawyer Lefteris K. Travayiakis is available 24/ 7 for consultation on all Massachusetts Driving Under the Influence Charges.