Eduardo Alementa Torres, 48, who is from Mexico but now living in Marlborough, was arrested this past weekend for the 6th time on Massachusetts Drunk Driving Law Violations in Boxborough.

Torres was charged with OUI / DUI 5th or Subsequent Offense and was scheduled to be arraigned this morning in Ayer District Court.

According to the Boxborough Police Department, Eduardo Alementa Torres was pulled over Saturday morning for an expired inspection sticker on I-495. After approaching the car, the police officer allegedly saw an open beer bottle on the passenger seat and also noted a “strong odor of alcohol”.

END_OF_DOCUMENT_TOKEN_TO_BE_REPLACED

King was stopped by police on Route 6A after he narrowly averted a head-on collision with a police cruiser. He was charged with Operating Under the Influence of Alcohol, 5th or Subsequent Offense and Negligent Operation of a Motor Vehicle.

An OUI / DUI 5th Offense in Massachusetts is extremely serious, as it carries a potential for imprisonment of not less than 2.5 years and up to 5 years in state prison. In addition, a conviction for a 5th drunk driving offense will result in the lifetime revocation of the person’s driver’s license with no possibility of even ever obtaining a hardship or ‘cinderella’ license.

END_OF_DOCUMENT_TOKEN_TO_BE_REPLACED

Joseph F. Limone, 60, was arrested for the eighth time in Revere this past today on Massachusetts Drunk Driving Law Violations. He was arraigned in Chelsea District Court on DUI / OUI charges including Operating a Motor Vehicle Under the Influence of Alcohol, 5th or Subsequent Offense and Malicious Destruction of Property.

According to the Massachusetts State Police, Joseph F. Limone was allegedly driving in Revere following too close to another vehicle and swerving. After being pulled over, the trooper reportedly gave him a series of Field Sobriety Tests, which he allegedly failed (police will rarely, if ever, acknowledge that anyone ever passed these overly subjective and ridiculous tests).

After being placed under arrest for Driving Under the Influence and being placed into the trooper’s vehicle, Limone allegedly kicked out the rear window of the cruise, leading to the additional criminal charge of Malicious Destruction of Property.

END_OF_DOCUMENT_TOKEN_TO_BE_REPLACED

Frank Ceccaroni was arrested earlier this week on several Massachusetts Drunk Driving Charges after he allegedly drove a stolen car at high speeds and crashed into a truck on I-93 in Stoneham. Ceccaroni was arraigned in Woburn District Court on several DUI / OUI Charges, including Operating Under the Influence of Alcohol, 6th Subsequent Offense, Receiving Stolen Motor Vehicle, and Reckless Driving.

According to the Middlesex County District Attorney’s Office at his arraignment in Woburn District Court, Frank Ceccaroni allegedly rear-ended a stolen car into a truck on I-93. The estimated speed in which he was traveling, estimated at over 130 miles per hour, caused the Ceccaroni’s car to get stuck under the truck at impact. The car, with Ceccaroni in it, was reportedly dragged some distance before the driver of the truck was able to pull over into the breakdown lane.

Massachusetts DUI / OUI 5th or Subsequent Offense carries not less than 2.5 and up to 5 years in state prison. A person convicted of this offense would also face a lifetime revocation of his driver’s license, and the District Attorney’s Office could also seek forfeiture of the vehicle.

END_OF_DOCUMENT_TOKEN_TO_BE_REPLACED

Robert Hennessey, 54, of Hanson, was arraigned this morning in Brockton District Court on Massachusetts DUI Charges following his arrest in Whitman after a crash and allegedly leaving the scene. He was charged with Operating Under the Influence, 5th Subsequent Offense, Driving With a Suspended License for OUI, and Leaving the Scene of an Accident.

According to Whitman Police, Robert Hennessey allegedly rear-ended a car in Hanson and failed to stop to make his identity known. Following the crash, he allegedly continued driving into Whitman, but was reportedly following by the driver whose car he hit. Whitman police pulled Hennessey over, and reported that a strong odor of alcohol.

END_OF_DOCUMENT_TOKEN_TO_BE_REPLACED

Michael Vallett, 58, of Attleboro, on his 6th Massachusetts Drunk Driving Charge after rear-ending another car in Mansfield last weekend. He was charged with Operating Under the Influence of Alcohol, 5th or Subsequent Offense.

Following his arraignment in Attleboro District Court this past week, he was temporarily held without bail pending a Dangerousness Hearing, as the prosecutor alleged that no conditions of bail would reasonably and adequately assure the safety of the public. After hearing arguments at the Dangerousness Hearing, however, a judge imposed $10,000.

The Massachusetts DUI Crime of Operating Under the Influence of Alcohol, 5th or Subsequent Offense, carries extremely severe penalties upon conviction. Not only is the person facing minimum-mandatory jail time of not less than 2.5 years, but he could also face up to 5 years in state prison. Additionally, Massachusetts OUI / DUI Laws for a 5th or Subsequent Drunk Driving conviction also provide for a lifetime loss of the person’s driver’s license; cancellation of the vehicle’s registration plates, and the prosecutor may even seek forfeiture of the vehicle involved.

END_OF_DOCUMENT_TOKEN_TO_BE_REPLACED 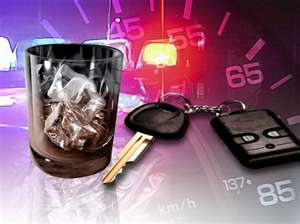 Jorge Soares, 45, of Lynn, was arraigned yesterday in Salem Superior Court on various Massachusetts DUI Charges, including Operating a Motor Vehicle Under the Influence of Alcohol, 5th or Subsequent Offense.

Soares was arrested back in December after being pulled over by Massachusetts State Police Troopers for allegedly driving his pickup truck on the Lynnway in Lynn in an erratic manner. After being pulled over, Jorge Soares allegedly failed several Field Sobriety Tests, and then taken to a hospital, where his Blood Alcohol Content was allegedly 0.20%, almost three times the legal limit.

Following his arraignment in Salem Superior Court for Operating Under the Influence, 5th Offense, Jorge Soares was held without bail pending a Dangerousness Hearing later this month. At that hearing, the Essex County District Attorney’s Office will argue that no conditions of bail or release can protect Soares from posing an immediate danger to the community or himself, and should be held without bail pending trial.

END_OF_DOCUMENT_TOKEN_TO_BE_REPLACED

Peter Fanning, 50, of Lowell, was arrested on Massachusetts Drunk Driving Charges after Beverly Police Officers found him slumped over the wheel of his pickup truck at a rest stop on Route 128. He was charged with Operating Under the Influence of Alcohol, 5th or Subsequent Offense.

Massachusetts State Police and Beverly Police Officers responded to the service plaza off 128 in Beverly this past weekend sometime after 10:00 p.m. after a passerby noticed the driver of a pickup truck passed out behind the wheel, which was allegedly still running.

When the Beverly Police Officers tried to wake up the driver, identified as Peter Fanning, he allegedly tried to get out of the truck and run. After speaking with police, he allegedly admitted to having a few beers, and Massachusetts Trooper reportedly found open and empty beer cars in the car.

END_OF_DOCUMENT_TOKEN_TO_BE_REPLACED

Donald Porter, 51, of Peabody, was arraigned yesterday morning in Salem District Court for his 6th Massachusetts Drunk Driving Charge. Following his arraignment on Operation of a Motor Vehicle Under the Influence of Alcohol, 5th or Subsequent Offense, Porter was held without bail pending a Dangerousness Hearing.

According to Peabody Police and the Essex County District Attorney’s Office, Donald Porter was allegedly driving his truck Tuesday evening and crashed into a snowbank at an intersection. The truck was then stuck on the median or island. When officers responded to the crash site and asked Porter what happened, he allegedly told them that he “took the corner too wide and went off the road.”

Just as in every single OUI case and as they are trained to do, officers reported that Porter’s speech was “slurred and thick” and that he smelled of alcohol.

END_OF_DOCUMENT_TOKEN_TO_BE_REPLACED

Albert Lanzo, Jr., 50, of Methuen, was arrested for his 14th Massachusetts DUI Offense in Lawrence this past weekend. Lanzo was specifically arraigned on Drunk Driving Charges including Operating Under the Inlfuence of Alcohol, 5th or Subsequent Offense; Driving with a Suspended License; and Leaving the Scene of Property Damage.

According to the Lawrence Police Department, Lanzo allegedly drove over a mailbox and left the scene. After police responded to investigate, Lanzo’s truck was located less than a mile away, with Lanzo slumped over the steering wheel.

Although Lawrence Police “detected a strong odor of alcohol”, it is unclear whether Lanzo was asked to perform any Field Sobriety Tests and/or to submit to a Breathalyzer Test.